A man was shot to death

A man was shot to death while in his car. There were no powder marks on his clothing, which indicated that the gunman was outside the car. However, all the windows were up and the doors locked. After a close inspection was made, the only bullet-holes discovered were on the man’s body. How was he murdered?

A man went into a party

A man went into a party and drank some of the fruit punch. He then left early. Everyone at the party who drunk the fruit punch subsequently died of poisoning. Why did the man not die?

A Japanese ship was en route

A Japanese ship was en route in the open sea. The Japanese captain went for a shower removing his diamond ring and Rolex watch on the table. When he returned, his valuables were missing. The captain immediately called the five suspected crew members and asked each one where and what he was doing for the last 15 minutes. The Filipino cook in a heavy overcoat said, “I was in fridge room getting meat for cooking.” The Indian Engineer with a torch in hand said, “I was working on generator engine.” The Sri Lankan seaman said, “I was on the mast (top of the ship) correcting the flag which was upside down by mistake.” The British radio officer said, “I was messaging to company that we are reaching the next port in 72 hours. From now that is Wednesday morning at 10 AM. The British navigation officer said, “I am on night watch, so sleeping in my cabin.” The captain caught the liar. So who is the thief?

A woman was horrified to find

A woman was horrified to find a fly in her tea. The waiter took her cup and went into the kitchen and returned with a fresh cup of tea. She shouted, “You brought me the same cup of tea!” How did she know?

There are five people One of

There are five people. One of them shot and killed one of the other five. Dan ran in the NY City marathon yesterday with one of the innocent men. Mike considered being a farmer before he moved to the city. Jeff is a topnotch computer consultant and wants to install Ben’s new computer next week. The murderer had his leg amputated last month. Ben met Jack for the first time six months ago. Jack has been in seclusion since the crime. Dan used to drink heavily. Ben and Jeff built their last computers together. The murderer is Jack’s brother. They grew up together in Seattle. Police arrived at the scene and immediately finds the murderer. Who was the murderer?

A rich and handsome man named

A rich and handsome man named James Leonard was murdered on a Sunday afternoon. At the time of the murder there was: the maid, the cook, the butler, the gardener and the wife. Maid: I was fixing the table. Cook: I was cooking breakfast. Butler: I was polishing the silverware and the dishes. Gardener: I was planting tomato seeds. Wife: I was reading a book. Who did it?

A grandfather is telling his grandson

A grandfather is telling his grandson war stories. “At the end of World War 1, I was awarded for my bravery after saving a group of my men,” the grandfather says. “You see, we were fighting in northern France and one of our enemies threw a grenade at us. I managed to pick it up and throw it away before it exploded. So right after the war ended, a General gave me a sword, engraved with the words ‘Awarded for Bravery and Valor, A True Hero, World War 1′.” The grandson thinks about the story for a minute and then says “Grandpa, that story can’t be true!” How did the grandson know?

A homicide detective is called at

A homicide detective is called at a crime scene. A man is lying dead in front of an abandoned building. It is believed that the man jumped out of a window off the abandoned building and committed suicide. The detective asks his team to collect evidence and he heads towards the building. He goes to the first floor and towards the room that is on the front side. Inside the room, he lights a cigarette, walks towards the window facing the dead body, opens the window and throws out the cigarette. He then goes to the second floor and repeats the same process. He keeps doing the same thing till he is done with all the floors and then takes the lift to the ground floor. Upon reaching there, he informs the team that it is not a suicide but a murder. How did he know that it was a not a suicide?

A young woman is attending her

A young woman is attending her mother’s funeral. While there, she meets a man she has never seen before and falls in love immediately. After the funeral she tries to find him but cannot. Several days later she kills her sister. Why does she kill her sister?

Shauna was killed one Sunday morning

Shauna was killed one Sunday morning. The police know who they are going to arrest from this bit of information: April was getting the mail. Alyssa was doing laundry. Reggie was cooking. Mark was planting in the garden. Who killed Shauna and how did the police know who to arrest?

After Andrew had been sick for

After Andrew had been sick for a week, he asked his best friend Jesse to get his books out of his locker. Instead of telling Jesse the three number combination Andrew said he kept a small piece of paper with the combination under his locker door. After school Jesse went to Andrew’s locker and pulled the paper. On the paper was written: 24 24 22 9 9 9 9 22 24 22 9 9. Thinking this would be easy but a little tedious, Jesse entered in every arrangement of 24, 22, and 9 there was without the lock opening. Realizing there was something behind these numbers that he wasn’t noticing, Jesse sat down for a few minutes to think it out. After ten minutes of intense thinking, Jesse went to the locker, entered the combination into the lock and it opened. What was the combination?

A man was found dead out

A man was found dead out in a field of snow. The only tracks that were left was a set of footprints between two parallel lines. Who should the police be looking for?

A man is found murdered in

A man is found murdered in his office. The suspects are Anna, Nina, Jason and Lee. The only clue is a set of numbers written by the victim on a calendar with his blood. The numbers are 1,4,9,10,11. Who is the killer?

A detective who was mere days

A detective who was mere days from cracking an international smuggling ring has suddenly gone missing. While inspecting his last-known location, you find a note: 710 57735 34 5508 51 7718 Currently there are 3 suspects: Bill, John, and Todd. Can you break the detective’s code and find the criminal’s name?

Every day a man crosses the 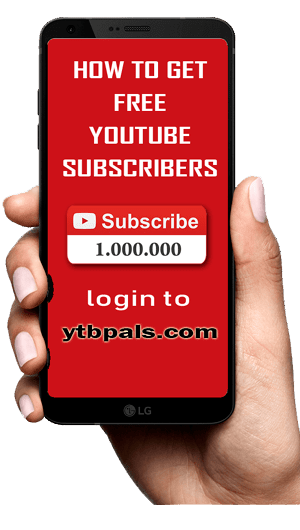